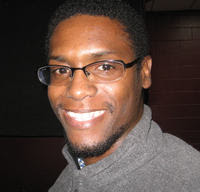 Journalist & Book Reviewer Joey Pinkney
Joey Pinkney: Where did you get the idea and inspiration to write Nan: The Trifling Times of Nathan Jones and Nan: The Game of Trife?

Moses Miller: Death actually spawned the life of that story. A teenager named Timothy Stansbury was murdered in cold blood by police the night I started writing The Trifling Times of Nathan Jones. Even though the story has nothing to do with him or his life, it did inspire my creative juices. Actually, I guess they both do have one similarity when I think of the influence that the police played in both of their lives. There’s definitely the element of victimization there. The Game of Trife was just a natural continuation of the first story. Readers of part one knew that there had to be a sequel. They demanded it.

JP: What sets the Nan series apart from other novels in its genre?

MM: I don’t really compare my books to any other in any genre. From the gate I purposely established my own lane. I said, “I write Intelligent Urban Fiction,” which is the tag line for my company Mind Candy. I will say that what separates me from many authors is that I don’t allow my books to be constrained by events that I personally experienced or just hood stories that were passed on to me.
Every book signing I do somebody comes up to me and says, “I got some stories from my hood. I just need to write it.” It never fails. But the thing about it is that everyone knows a hood story. As a matter of fact, a lot of us know some of the same stories, or stories that are similar with the only differentiator being the name of the characters. That’s why there’s some that feel that originality is lacking in the genre.
I challenge myself and my readers, and I draw heavily on my imagination and the exposure I’ve received from traveling the United States and abroad when I write. I refuse to put myself in a box. My characters are multi-dimensional and my story lines are also multi-layered.

JP: As an author, what are the keys to your success that led to the Nan series getting out to the public?

MM: Persistence. It starts with a good product. You have to know how to structure a story, develop characters, strong plots and memorable scenes. I always knew I had a good story, so all it would take would be for someone to read it. Word of mouth does the rest. I push my books by any means into the hands of readers. I have full confidence that once they read one of my books they’ll be supporters of everything I publish thereafter. I give them more than their money’s worth.
I also have put out some of the most original book trailers up to this point for an author of any genre. As a small press and a new author I was fortunate enough to have my trailers spread virally and be viewed by over twenty thousand people on the web alone. I understand that this is a business and I manage it as such. I’m an author, but my business requires me to wear many hats, and I make certain all of them fit.

JP: As an author, what is your writing process? What did you learn in doing The Trifling Times of Nathan Jones and lead you to do something different for The Game of Trife?

MM: I write what I want to read, and I write everyday. With me, it’s all about quality and consistency. I can write no matter what’s going on around me. As a matter of fact, the other day I was writing on the highway while I was stuck in traffic on the way to a book signing. However, I don’t rush the creative process. I’ll write a book and let it sit for a year just so I can read it from the perspective of a new reader.
A story needs to excite me and leave me on the edge of my seat from beginning to end. If it doesn’t, my readers will never see it. They’ll never get the chance to critique it, because I’m my worst critic. I write intuitively. Most of the time I know how the story begins and ends, however the path I’ll take to guide you there develops as I write. I may even write two or three different “middle” sections to my stories and then decide later what is the most consistent with the story and the characters I created. I did that with The Game of Trife.
Now as far as learning new things from Trifling Times to The Game of Trife, that’s an interview in itself. I learned many things, from marketing to continuing to develop my craft in order to get better.

JP: What’s next for Moses Miller?

MM: As always, I’ll continue to promote literacy in our communities, working with teenagers and young adults. It’s always important to me to give back and pull others forward. As far as writing, I’m developing screenplays. I have a few books that I’ll be publishing as well, but I’m really excited about the inquiries I’ve been getting to have Nathan Jones’ story portrayed on the big screen.
I would also like to put out novels by other authors, but I haven’t read anything that has really excited me lately. I’ve come across a lot of manuscripts that are similar to stories I’ve read before. Don’t get me wrong, I’m sure they would sell if they’re published. However, I’m looking for something special. With me, it’s all about building a brand with novels that consistently raise the bar. When I find the right author, I’ll know it.
To view the original piece, click here
Posted by Moses Miller at 3:07 PM No comments: 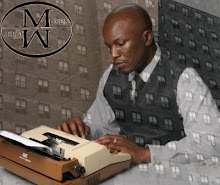 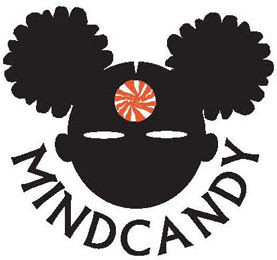 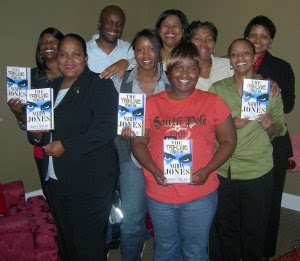 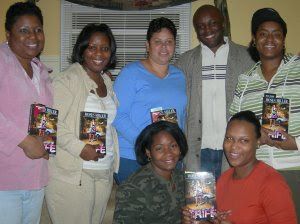 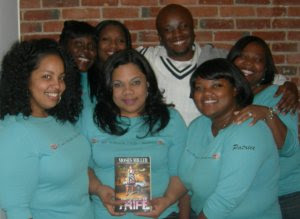 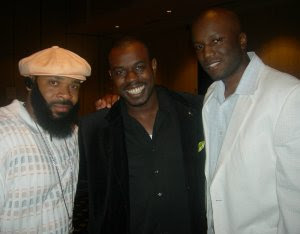 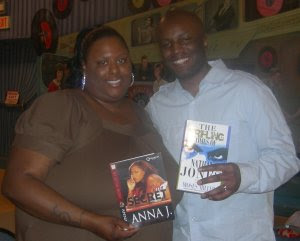 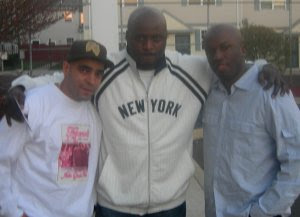 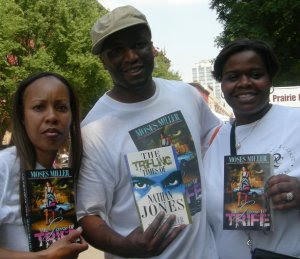 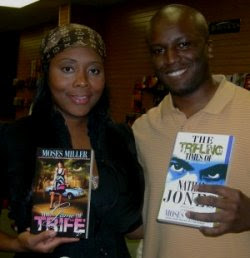 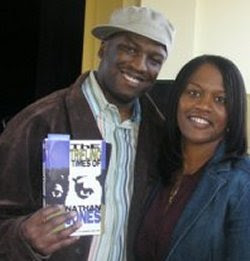